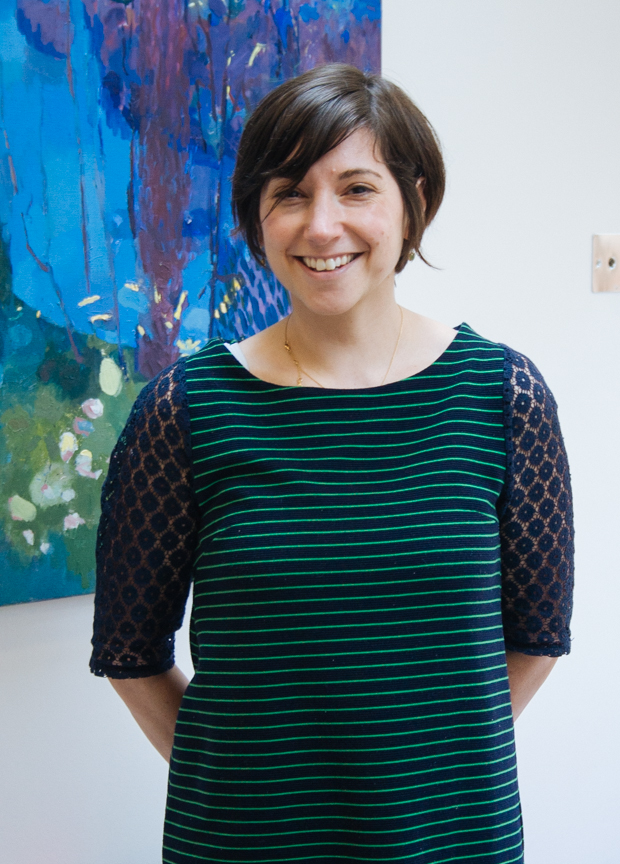 I first met Adrienne back when I was doing an MA in Dance Anthropology; she was one of the first people I met and we instantly clicked. I thought she was cool, funny and interesting and after 8 years or so, I still do. Years later, we’ve found ourselves sharing similar interests once again: Adrienne has turned her passion for food into a career (I think she has the coolest job and I’m constantly proud of her for going after it) and I’ve turned my never-ceasing appetite and curiosity about food into a blog. Speaking of blogs, Adrienne’s Season and Sprout combines two of the things I mostly love about her: beautiful writing and delicious recipes.

How did you end up in London?

I moved to London eight years ago to study and earn a Master’s Degree in Dance Anthropology.  At the time the only Masters level program in this specific field was in London, and it was what I was interested in professionally.  Cooking and food were always in the background and the hobby, but as I hadn’t trained professionally, I presumed that’s all they would be.

Six weeks after moving to London, the cute guy I had been eyeing in the coffee shop where I would go to study, struck up a conversation. We got married about a year after I finished my Master’s. After completing my degree and struggling to translate my studies into a profession, I applied on a whim for a job editing recipes and assisting with bookings and events at Divertimenti Cookery School. I had some experience with writing recipes, as I had been in a long process of collecting, organizing and editing my grandmothers recipes, so I thought I would give it a shot.  After being offered and accepting the job, I eventually, over the course of two years, took on more responsibilities, including managing the cookery school itself.

Since then, I’ve gained experience in food writing and marketing, running cookery schools and editing a full cookery book.  As it turns out, my hobby is really what I love and should have been doing professionally all along.

Has your job changed the way you look at food and cook?

One of the things I love most about my recent experience is how many new ingredients, ways of cooking and staple ingredient combinations there can be, depending on what region or country you’re in.  I love how accessible food is and can be to talk about, given that it is a part of everyone’s daily life.  It is a working, daily part of each culture because of necessity, not just a creative outlet (which is a different form of necessity), so there can be so much truth and backbone to what is being made and served.  It’s a reflection of so many things in any given family home, as well as country or period in time.

As for how my work has influenced my cooking, I love that after having read so many different recipes and seen chefs cook in such a variety of ways, I can pull from my experiences, when even just opening up my fridge or checking to see how much time I have to pull something together for dinner. I hope I am offering my girls a variety of foods to try at home, so when they are older and more independent in the world, food will be a source of curiosity, rather than hesitance when experiencing something new.

How has your family background influenced your cooking?

Most of the recipes and family background is rooted in  Russian or Eastern European Jewish cooking. It’s about hearty dishes, creating little waste, and having staple celebratory dishes as traditionally Shabbat (Friday night) included a special, more luxurious (roast chicken or brisket) family dinner. Back in my grandparents’ time, money to buy things like meat was very limited, so families would save it for one special meal; which took place on Friday night as Shabbat started. Jewish food signifies tradition, community, family, sacred time together and comfort. It can be laborious, but it’s also very sustainable, adaptable and timeless and carries, at least for me, deep emotional connections.

What has most influenced me about my background has been the love and care put into the food served. Reading through my grandmothers’ recipes, it was very clear she saw the love and effort her mother put into her food, as well as how she worked to stretch the budget to make sure there was money each week for special meals, or to make treats and cakes around the holidays.  My great grandfather worked in produce yards and took home any unsellable items each week, so they were amongst the lucky to have access to fresh fruit and veg, even during the depression.  Consequently, my grandmother was exposed to an amazing variety of fresh foods at a time when they were difficult and pricey to come by. 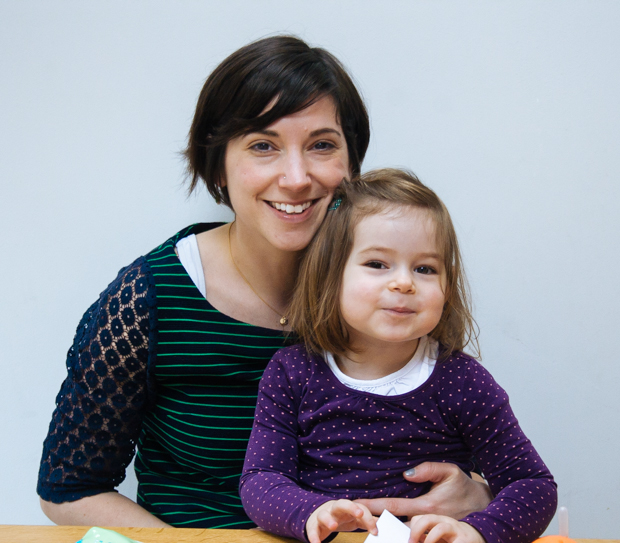 How has your coking been affected by living in London with a British husband and two young kids?

Thankfully my British husband has lived all over the world, so he has been exposed to many types of foods and is very open to trying new things. Given that I work from home, most often I’ve been able to carve out time to make food from scratch for my children. We are also big proponents of family meals whenever we can, even if it means eating dinner at 5pm.  I think because of all of these circumstances, Nell and Isla, my two daughters, are open to eating a variety of things, so I don’t feel like I’m limited to pasta and fish fingers. We go easy on the spicing and the salt, which I miss sometimes, but otherwise mealtimes at home are fairly similar with children to what they were pre-children, just a bit earlier and busier. What I do miss and look forward to experiencing more of, is eating out in London.  It’s a very special occasion when Nick and I go out for dinner, and with so many new restaurants constantly opening, it’s something I look forward to doing more of in the future.

3 favourite ingredients to cook with: Mushrooms, onions, butter- there are very few dishes that I make without at least one of these ingredients,  as they add so much flavour and warmth.

3 favourite places to eat in London: Providores (where Nick proposed), Putney Pies (where I ate weekly for about two months solid before Nell was born), Outsider Tart (just for their brownies) or Roka, for very expensive but very delicious sushi

3 go- to places for grocery shopping: Coombe Road in Kingston/Norbiton- local butcher, fishmonger, specialty wine shop & Japanese and Lebanese market all in a row! Waitrose- because one-stop shopping is necessary with two kids and limited time and they have a pretty good international foods selection. Porters Green Grocer- a two minute walk from my house, cheap and inspiring to see all the fruit and veg laid out in the sunshine in punnets. 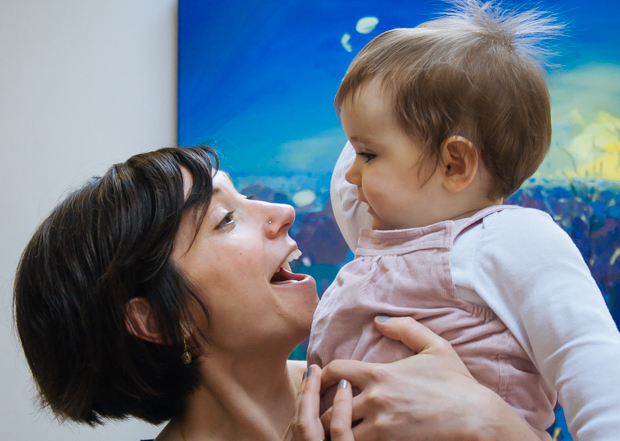 3 food memories: My grandfather and his love of Kasha & Bows (Farfel). Being from a family with little money in Russia, he ate it for breakfast as a child. I thought it was amazing that he got to eat pasta for breakfast and decided to do the same as a teenager.

My grandmother bringing us thick hearty soups (split pea soup and cabbage soup specifically) whenever she and my grandpa came to visit.  Not to eat right then of course, but to freeze. We always had a big Tupperware of her soup sitting in our freezer every winter- I can easily picture the size and the frost on it.

Kreplah making with my parents. Kreplah are like wontons or ravioli but a Jewish tradition.  It requires making and rolling out the dough as well as chopping and cooking the meat filling.  I remember several times we would take the project on as a family, turning our entire kitchen and dining room into a Kreplah making operation.  My father’s job was manning the boiling water and cooking them, after my mother made the filling and dough and rolled them out, while we folded and pinched them together.  Any dumplings that broke whilst being cooked we got to eat- which was the best part of course!

I make my mothers zucchini casserole by heart and love how adaptable it can be to include other vegetables. It’s an anytime, hot or cold, goes with everything and child-friendly dish, which is why it’s probably my favourite.